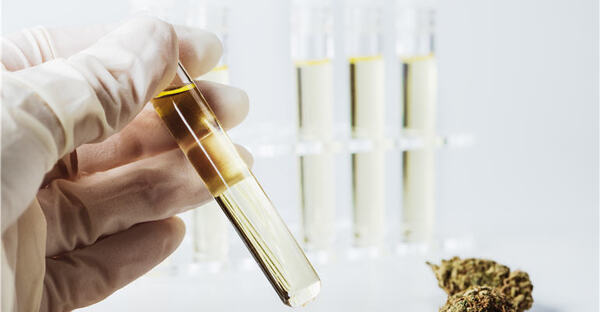 Cannabis biopharma (cover) by N/A is licensed under Adobe Stock
An article from RxLeaf opens up yet another frontier for medicinal cannabis (and cannabis investing): cannabis as a cure for blood cancers, specifically several forms of leukemia. This is important news from several different angles.

First there is the (potential) cure itself. The immediate work done here is with respect to acute myeloid leukemia (AML). But this medicinal breakthrough is expected to be applicable to several forms of blood cancer.

The global leukemia market is estimated to reach US$12 billion by the end of 2022. The discoverer of this cannabis-based drug, called Chrysoerial, is Dr. Henry Lowe of Jamaica. A graduate of both Harvard and MIT, Dr. Lowe is seeking to bring this drug to market via his own (private) biopharma company, Medicanja. He is presently raising US$3.5 million for further testing.

Because of an urgent unmet medical need for a treatment for AML, Dr. Lowe has already obtained Orphan Drug designation from the FDA. This provides important tax breaks in bringing Chrysoerial to market.

And the pharmaceutical industry has taken note of Lowe’s achievement. He has already received several offers from Big Pharma to buy him out (as much as $50 million), but Dr. Lowe isn’t selling.

Although Lowe has had plenty of offers — up to $50 million — from Big Pharma companies for the rights to Chrysoeriol, he has refused to sell. In his eyes, the new drug could unlock the ability to treat all kinds of blood cancer types. And that kind of good shouldn’t be in the hands of American companies that have traditionally put profits above patients.

Chrysoeriol is exciting because it’s a non-toxic drug free of the unwanted side effects of traditional anti-cancer drugs. It could provide a better avenue for AML sufferers of all ages. It’s a medicine that extends quantity of life without reducing quality.

The global pharmaceutical industry is a $1 trillion per year revenue pie. Cannabis-based medicines are a threat to claim much of that revenue pie over the long term.

Moreover, because cannabis-based drugs are so benign, they have the potential to reduce overall pharmaceutical spending. Big Pharma’s toxic chemical concoctions often produce such severe side effects that patients require additional prescription medications – just to treat all these debilitating (and sometimes life-threatening) side effects.

Cannabis-based biopharma has the potential to make traditional pharmaceutical research as obsolete as the internal combustion engine.

For readers skeptical of the potential of medicinal cannabis, Chrysoerial is “a biosynthesis of cannflavins A and B”.

Cannflavins are part of a secondary class of plant metabolites known as flavonoids. Many (most?) cannabis investors are only familiar with cannabinoids, the primary molecular structures in the cannabis plant.

There are currently roughly 100 known cannabinoids. However, most only occur in very small percentages. While the two well-known cannabinoids (THC and CBD) are already being used as a medicinal therapy for hundreds of medical conditions,  the vast majority of cannabinoids have yet to see any medical research at all.

The cannabis plant also contains more than a hundred flavonoids and terpenes. Terpenes are “aromatic organic hydrocarbons” in the cannabis plant, and many cannabis researchers also believe they possess medicinal properties.

In addition to the hundreds of cannabinoids, flavonoids, and terpenes (only roughly 1% of which have been the subject of any medical research), there is also a strong community of naturophathic practitioners who strongly subscribe to “the Entourage Effect”.

The Entourage Effect is an empirical theory that it is the combination of cannabinoids, flavonoids and terpenes in the cannabis plant that produce the most potent medicinal benefits. Thus extracting (or synthesizing) individual cannabinoids/flavonoids (or terpenes) for the production of medicines may generate less efficacious results versus whole plant extracts, or simply consuming the dried flower.

The headline news today is yet another cannabis-based medicine is seen as a potentially revolutionary medicinal treatment for an important medical market.

The Big Picture is that this is yet another illustration of the near-infinite potential of cannabis biopharma – and the incredibly early stage of cannabis-based pharmaceutical research.

Many cannabis investors are focused on cannabis as a benign recreational drug option to (toxic) alcohol and tobacco products. And for good reason.

Together, the alcohol and tobacco industries account for $2 trillion per year in revenues. Here cannabis is also an enormous threat to claim a major portion of this market share.

However, cannabis investors cannot afford to overlook cannabis biopharma as another investment avenue. While biopharma investing generally represents a considerably longer investment horizon, even a single drug success can produce potential payoffs in the $100’s of millions.

UK-based GW Pharma (US:GWPH) has already brought a licensed and approved drug to market for the treatment of epilepsy (Epidiolex). Many junior biopharma companies are already taking cannabinoid-based drugs into the clinical trials process that leads to such licensing.