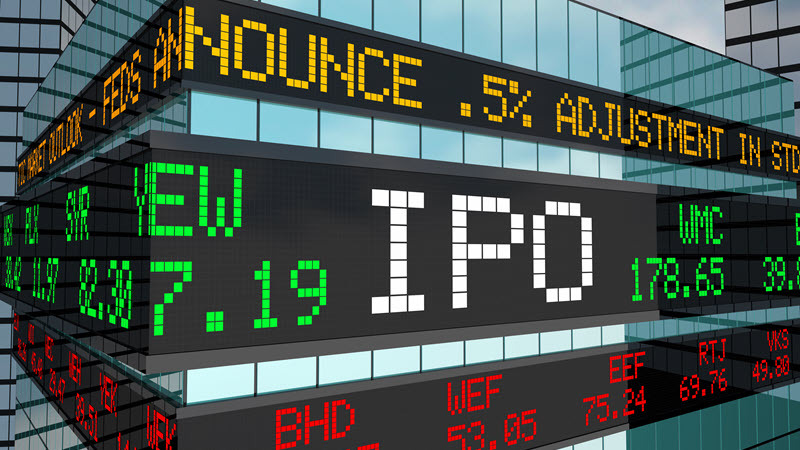 It was an industry in need of a catalyst.

Market sentiment has been stronger than usual over the summer, especially among the larger tech stocks. But psychedelics companies have just been treading water.

A high-profile IPO can be expected to boost the psychedelics space in several ways (more on that later). But more than that, a major player going public is the market’s seal of approval that a new space is ready for prime-time.

On Friday, a leading private company in the psychedelic drug industry, Compass Pathways, filed an application with the SEC for a NASDAQ listing (under the ticker symbol “CMPS”).

Peter Thiel-backed Compass Pathways Plc on Friday filed for an initial public offering (IPO), adding to a flurry of filings from tech companies during a week that has already seen Palantir Technologies and Snowflake Inc make their IPO paperwork public.

The United Kingdom-based mental healthcare company, in which Thiel owns a 7.54% stake, said it plans to list its American depositary shares on the Nasdaq under the ticker “CMPS”.

Along with a U.S. listing, Compass is seeking to raise some serious capital to fund (in particular) its clinical trial for a psilocybin-based therapy for treatment-resistant depression.

Bloomberg is reporting that Compass is seeking to raise $100 million for its IPO – but this amount could easily increase. Compass already raised $80 million in its Series B financing round.

The London-based firm filed to raise $100 million, a placeholder amount likely to change, according to a filing Friday with the U.S. Securities and Exchange Commission. It intends to list its American depository shares on the Nasdaq Global Market under the symbol CMPS.

It plans to use proceeds to fund clinical trials for its depression therapy that uses the psychoactive compound psilocybin.

In 2018, the U.S. Food and Drug Administration gave it “breakthrough therapy” status, expediting the development process. Most recent funding rounds suggest a value of more than $500 million, before proceeds from the initial public offering, according to people familiar with the matter, who asked to not be identified because the details aren’t public.

Compass Pathways: the next unicorn?

Bloomberg’s speculation on an IPO valuation would appear conservative. BNNBloomberg itself previously published more bullish speculation on Compass’ valuation, as far back as October 2018.

Atai [Life Sciences] owns a substantial stake in U.K. startup Compass Pathways, which is conducting clinical trials of psilocybin, a psychedelic compound in magic mushrooms, as a treatment for depression. Atai also is the largest shareholder of Innoplexus AG, which operates a technology platform that uses artificial intelligence to identify tailored treatments for diseases.

Atai is already in talks with banks about a potential listing in Canada next year, a step for which it seeks a valuation of $800 million or more, according to one of the people familiar with the matter.

What’s changed in the past two years?

Clinical research in the psychedelic drug industry has been advancing by leaps-and-bounds.

Compass’ own research has advanced significantly. Most importantly, only a few weeks after BNNBloomberg’s IPO speculation of an $800 million valuation, Compass received “breakthrough therapy designation” for its psilocybin research from the FDA.

This regulatory fast-tracking should save Compass both significant time and R&D costs as it moves its clinical trial through Phase 2 and onto Phase 3.  For this reason, we have previously speculated that Compass could easily become the psychedelic drug industry’s first unicorn.

See: Will Compass Pathways Be The Next Unicorn?

COVID-19 pandemic is a major driver for billion-dollar valuation

Further fuel for a potential $1 billion valuation comes from the COVID-19 pandemic itself.

We are already in the midst of a global Mental Health Crisis. Mental health disorders like depression, anxiety, addiction and PTSD afflict over 1 billion people around the world.

A 2018 report from the Lancet Commission estimated that this Crisis will cost the global economy $16 trillion between now and 2030 – from lost productivity alone.

The mental and economic stresses that have resulted from the pandemic have caused depression and addiction (in particular) to worsen dramatically.

As we have consistently observed, psychedelic drugs show every indication (in early clinical trials) to provide significant improvements over the current standard of care for these mental health issues.

Are Psychedelics The Answer For Addiction?

Major winners from the Compass IPO

In an industry looking for a catalyst, the Compass Pathways IPO should provide that boost – for all players in the psychedelic drug industry.

Obviously, Compass itself will be the biggest (immediate) beneficiary from a NASDAQ listing. Pharmaceutical research is generally expensive and time-consuming.

As a private player (with limited access to capital), Compass was limited to drug research alone. With a full NASDAQ listing – and a potential major drug winner in its pipeline – Compass is better positioned to actually bring its psilocybin therapy to market.

Indeed, given the specialized nature of psychedelics-assisted therapies, major pharmaceutical companies have no advantage (other than superior financial resources) in commercializing these psychedelic drugs.

If Compass is able to capitalize on the current NASDAQ euphoria, that could translate into a wealth of cheap capital going forward – and catapult it into being a significant player in the pharmaceuticals industry.

As noted earlier, ATAI is a major stakeholder in Compass. Over the longer term, ATAI itself could actually leverage the most benefits from a (successful) Compass IPO.

Obviously, its own balance sheet immediately becomes much stronger. Beyond that, the IPO is a strong advertisement for ATAI’s business model: as a psychedelics R&D platform that facilitates drug development for its growing portfolio of research partners.

A big Compass IPO success should not only drive much more venture capital in ATAI’s direction, it will also make ATAI a much more attractive partner for the smaller, emerging private players in this industry.

With share prices currently depressed for existing pubcos in the psychedelics space, the Compass Pathways IPO couldn’t have come at a better time.

Few market events excite investors more than a big IPO. Existing psychedelics investors will be more inclined to put new money into these stocks. Many new investors can be expected to be attracted to the sector.

With Compass likely to raise at least $100 million in IPO funding, Compass itself becomes a potential acquirer of smaller players in the industry – and possibly an acquisition target of larger pharmaceutical companies.

Smaller players may also see some pressure to merge, to be better able to compete with the new Big Dog in the industry.

Lastly, there should be a spillover of investor dollars into other psychedelics companies as a consequence of the IPO.

Wall Street and Silicon Valley just finished pouring $30 million into a Phase 3 clinical trial for PTSD. There is plenty of interest (and investor capital) poised to enter psychedelics.

If (when?) IPO fever drives Compass to a high valuation, investors will (as always) start shopping further down the food chain, looking for value.

In addition, other psychedelic drug companies that are either contemplating or already moving toward a public listing should also be beneficiaries of improving sentiment in the sector.

Compass Pathways is about to go public in what should be a win/win scenario for all concerned – a true game-changer. After a quiet summer, psychedelics investors should prepare themselves for an exciting autumn.