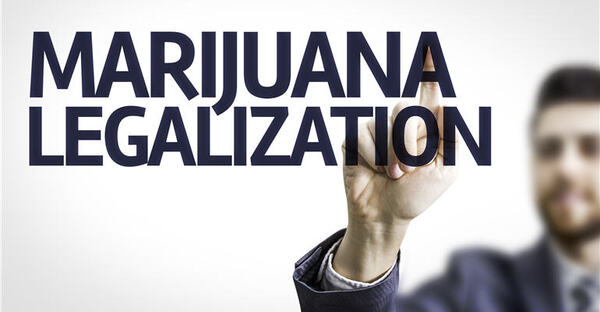 marijuana legalization (cover) by N/A is licensed under Adobe Stock
The state of Illinois is the 11th U.S. state to legalize recreational cannabis, with legal cannabis sales commencing January 1, 2020.

A day before this, Governor J.B. Pritzker pardoned more than 11,000 people previously convicted for simple possession of cannabis.

When an individual receives a pardon, a number of factors could be in play. Sometimes it’s an act of compassion. Sometimes it is a purely political gesture.

When several people are simultaneously pardoned for the same crime, it suggests something different. It suggests there may be something wrong with the law itself.

When more than 11,000 people are simultaneously pardoned for the same crime, this is not a suggestion. It is a statement.

When the Illinois governor pardoned more than 11,000 people with respect to convictions for cannabis possession, the statement was clear.

During all the years of cannabis Prohibition, using cannabis should have never been a crime. The “crime” here was Prohibition itself. And in the U.S., racially motivated enforcement of an unjust law.

Regular readers of The Seed Investor know the facts about cannabis. Cannabinoids, the active ingredients in the cannabis plant, are good for us. They are produced naturally in the human body and are essential for human health.

Cannabis is non-toxic. It is not physically addictive. There has never been a death from a cannabis overdose.

Conversely, alcohol and nicotine are toxic, addictive drugs that kill more than 500,000 Americans every year. There is no sane reality where alcohol and tobacco use are legal, but cannabis use is illegal.

Put another way, if an enlightened government was to legalize only one drug for recreational use, obviously that drug would be cannabis. Not alcohol. Not tobacco.

In the United States, however, the federal government continues to dwell in its own little (anti-cannabis) fantasy world. In that fantasy world, cannabis remains officially equivalent with heroin as (supposedly) a dangerous narcotic, with (supposedly) no known medical uses.

In the real world, thousands of U.S. physicians are prescribing cannabis for hundreds of medical conditions. Epidiolex is a licensed and approved cannabis-based drug for the treatment of epilepsy.

Yet the stunted minds in Washington are still struggling just to pass a bill to provide legal cannabis companies with access to banking services. This comes as these cash-only cannabis businesses in the U.S. are victims of armed robbery on a daily basis.

Cannabis legalization hasn’t even come to a vote in Congress. This comes after more than 50 deaths and 2,000 serious illnesses from black market vaping products.

Legal businesses (and their customers) are being unnecessarily endangered and Americans are literally dying just so Congress can remain inside its own anti-cannabis bubble. But for not for much longer.

Two out of three Americans support the full legalization of cannabis. That sends a message to Congress.

Thirty-three states have authorized medicinal use of cannabis and 11 have fully legalized cannabis. That sends a stronger message to Congress.

Now Illinois has pardoned over 11,000 people simultaneously, voiding their previous cannabis convictions. That sends the strongest message yet.

Cannabis Prohibition was (is) corrupt. Congress is exposed.

Even from the inside, we have a GOP representative questioning why his own party has not already legalized cannabis at the national level. The Emperor is wearing no clothes.

Americans will no longer tolerate cannabis Prohibition. Even in fully illegal states, cannabis use is soaring as Americans no longer recognize this unjust law.

In courtrooms (in states where cannabis remains illegal), American jurors are balking at imposing heavy-handed penalties for cannabis use.

A Cannabis Revolution is taking place in the United States. Incumbent politicians in Congress can embrace this Revolution – or be swept away by it.