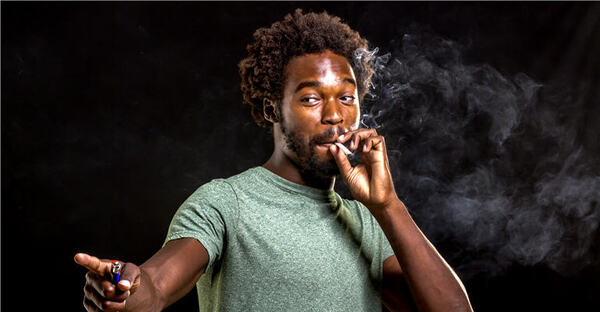 N/A by N/A is licensed under N/A
Equality is a noble concept. That is why racism, the overt denial of equality based on race, is so repugnant to a majority of people in our society.

At the same time, “affirmative action” policies, favoring an individual based on race or other criteria, are a dubious solution.

How much “action” is required to make a particular group equal? Obviously, too much support constitutes overt favoritism, i.e. reverse racism (or reverse sexism).

Worse still, permanently entrenching “affirmative action” as a policy does not promote equality. Rather, it stigmatizes particular groups as needing such help because they are deemed to be incapable of competing with the broader majority.

It is in this context that we need to examine the clamor for “racial justice” as cannabis Prohibition dies a slow-and-painful death in the United States.

There is no question that visible minorities have been unfairly targeted regarding the (bogus) “criminal offenses” associated with cannabis Prohibition in the U.S. Using or possessing safe/non-toxic cannabis should never have been a crime. Demonizing cannabis use through creating mountains of (false) anti-cannabis propaganda was/is even more reprehensible. 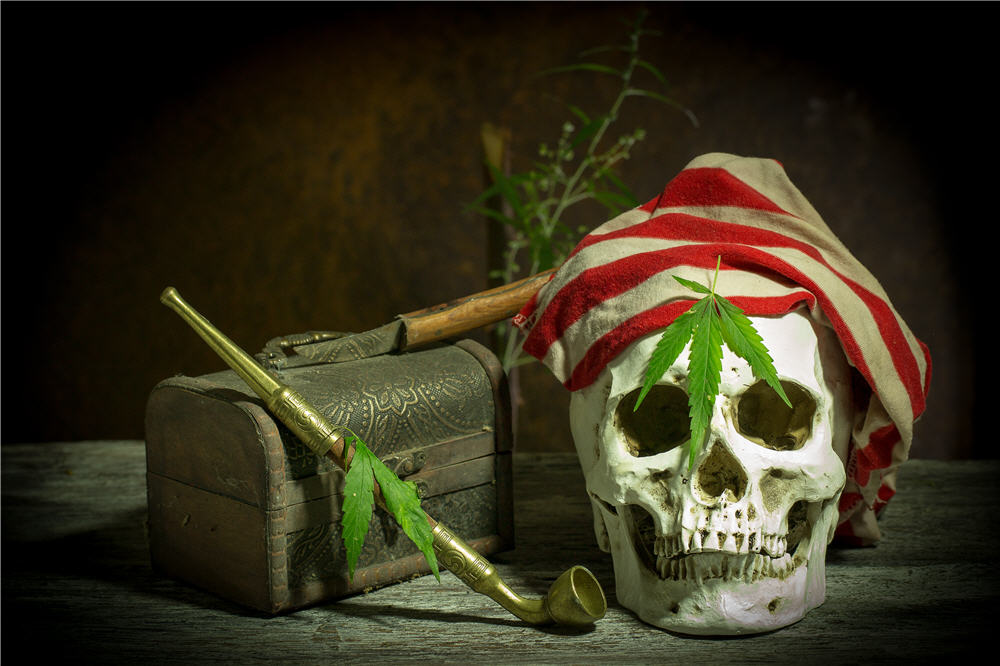 For this reason, it is appropriate to look at making an effort to compensate these visible minorities beyond merely expunging bogus cannabis convictions from their criminal records. But, once again, how much support is appropriate?

The U.S. election cycle is heating up, particularly among Democrats as they select their presidential candidate. With this, we are seeing increasingly strident calls for racial justice as part of the (national) cannabis legalization process in the U.S.

Here is where we see politics directly impacting the legal cannabis industry, yet again. The fact that cannabis has not already been legalized nationally in the U.S. is also pure politics – on the Republican side.

Cannabis is safe. Cannabis legalization has produced only positive benefits for U.S. cities and their residents.

Now the Democrats are showing that they can use cannabis legalization as a political football, on the other side of the fence.

Three of the candidates running for the Democrat presidential nomination have adamantly stated the SAFE cannabis banking bill – which seems to have broad, bipartisan support – should not be passed (alone). Instead, these candidates are insisting that only full cannabis legalization with a large helping of “justice reform” is sufficient.

Without all this being on the table today, Kamala Harris, Bernie Sanders and Chuck Schumer won’t support any other pro-cannabis legislation. Let’s look closer at this, via an article from Marijuana Moment.

“I am proud to stand with these civil rights organizations,” Sanders said in his tweet on Saturday. “In the fight for marijuana legalization, we must prioritize racial and economic justice—that means revenues from this industry must be invested in the communities that have been devastated by the so-called ‘war on drugs.'”

“We shouldn’t do this without addressing the reality that people of color are being shut out of the legal marijuana industry,” Harris wrote in her Saturday Twitter post. “That means not only legalizing marijuana but also expunging criminal records and providing a path for people of color to enter the industry.”  [emphasis mine]

We see the two components of cannabis racial justice in the United States: economic compensation and assistance/support (i.e. preferential treatment) for “people of color” to enter the legal cannabis industry.

Let’s look at these separately. The call for economic compensation itself seems to be well-founded. Criminal convictions can have a devastating economic impact on individuals, especially for visible minorities. But how will this be funded?

From cannabis taxes, according to virtually all of these politicians.

Here is where the legal cannabis industry can see such (racial) justice as having a strongly negative impact on their sector. If money for economic compensation is simply skimmed off the top of moderate taxation of cannabis, no problem.

However, if politicians are wanting to punish the legal cannabis industry with additional cannabis tax levies for racial justice – on top of already-high cannabis taxes -- that’s a big problem.

The entrepreneurs entering the legal cannabis industry today are not responsible for all the harms suffered by visible minorities due to the legal travesty of cannabis Prohibition. That is all on the U.S. federal government.

If people are (rightfully) calling today for economic compensation for cannabis Prohibition victims, that’s great. But such compensation should come out of general tax revenues. The legal cannabis industry should not be required to pay for the “justice” owed by the U.S. federal government. 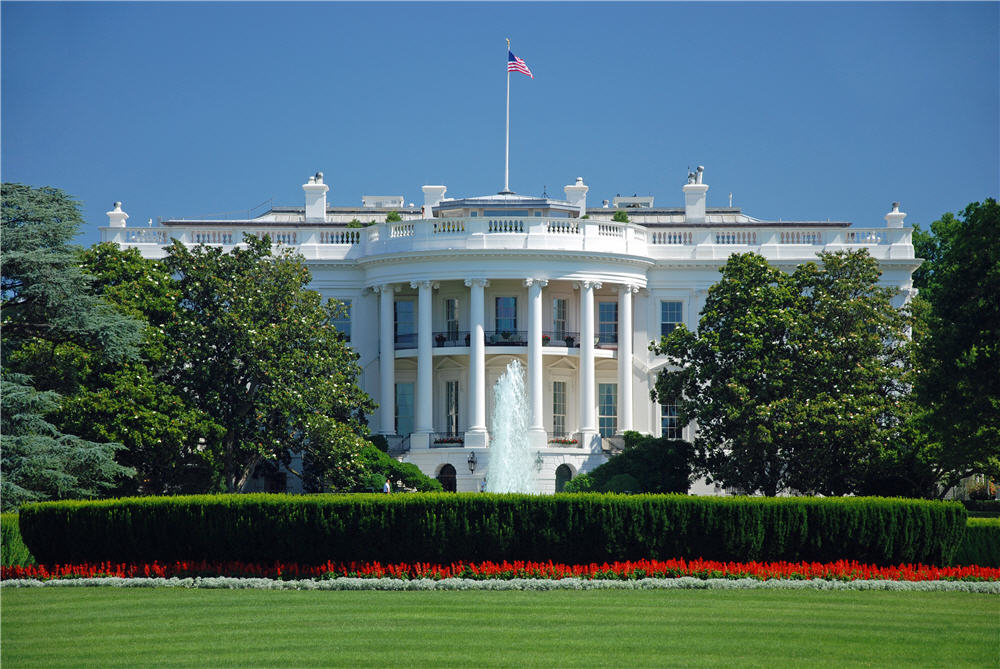 Again, the question that needs to be asked before such policies are put in place is: how much “action” and for how long? Understand that an taking an extreme stand here does not promote racial equality, it undermines it.

Part of the original pretext for cannabis Prohibition (and a continuing theme of that legal farce) was through associating cannabis use with “Mexicans and Negroes”. Now what we seem to be seeing is the call to make legal cannabis in the United States an industry that is associated with visible minorities. That may be a more palatable 'flavor' of racism, but it's still racist nonetheless.

This is an extremely dubious strategy, given that many of the (white) Americans opposed to cannabis legalization continue to view cannabis usage in racial terms. Will it promote “equality” in the minds of such prejudiced Americans, if the deck is stacked to make legal cannabis an industry largely composed of African-Americans and Hispanics?

Objectively, such policies are more likely to reinforce negative stereotypes surrounding cannabis among such Americans. That’s not good for either the legal cannabis industry or visible minorities in the U.S.

However, there is still another issue here. Looking at the combined effect of economic compensation and cannabis Affirmative Action.

What happens if excessive taxes are levied on the legal cannabis industry and Affirmative Action populates this industry with a disproportionate number of visible minorities – as both owners and employees of these businesses?

If cannabis “racial justice” takes the form of over-taxing legal cannabis and promoting entry for “people of color” into the industry, what is the net, combined result?

We end up with a depressed legal industry, where a robust cannabis black market continues to take in the majority of revenues. And then (for Americans who still view cannabis in racial terms) we have this artificially depressed industry associated with visible minorities. Lose/lose.

The legal cannabis industry is not merely one of the fastest-growing industries in the United States. It is also becoming one of the most robust job-creators among U.S. industries. As cannabis normalization proceeds, that industry needs to be supported – not punished by making legal cannabis a football for the Politically Correct.