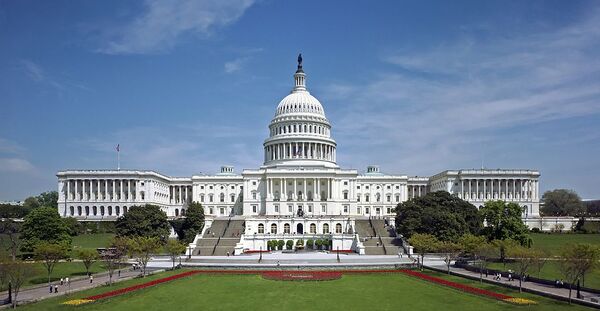 N/A by N/A is licensed under N/A
The House of Representatives will vote next week on a landmark marijuana banking bill with broad bipartisan support, Majority Leader Steny H. Hoyer announced Friday.

“We will consider several bills under suspension of the rules, including H.R. 1595, the SAFE Banking Act of 2019, as amended,” Mr. Hoyer, Maryland Democrat, said on the House floor.

Formally titled the Secure and Fair Enforcement Banking Act, the bill would effectively establish legal protections for banks that service legitimate marijuana businesses in the face of federal prohibition.

Thirty-three states have legalized the medicinal use of marijuana, including 10 that also permit recreational use among adults. Marijuana is federally outlawed, however, creating obstacles for growers, sellers and other stakeholders hoping to do business with licensed banks.

“The SAFE Banking Act is focused solely on taking cash off the streets and making our communities safer,” Rep. Ed Perlmutter, Colorado Democrat and the bill’s main sponsor, said when he introduced it in March. “Only Congress can provide the certainty financial institutions need to start banking legitimate marijuana businesses — just like any other legal business — and reduce risks for employees, businesses and communities across the country.”

The bill has since garnered the support of 206 co-sponsors in the House, including 26 Republicans, while companion legislation pending in the GOP-controlled Senate currently lists 33 co-sponsors, mostly Democrats.

Skeptics on in both chambers of Congress have been recently vocal about the effort, however, including notably progressives seeking broader reform. A staffer for Rep. Alexandria Ocasio-Cortez, New York Democrat, indicated that the congresswoman may vote against the bill because it lacks provisions addressing social equity, saying she “feels strongly that addressing racial justice should be the first priority,” the Marijuana Moment news site reported.

“As I said earlier this year, any marijuana legislation moving through Congress must include restorative justice for those most harmed by the War on Drugs in order to get my vote,” Sen. Cory Booker, New Jersey Democrat, echoed Friday.

Mr. Hoyer said the House bill will be considered under a process known as suspension of the rules, meaning it will require approval from two-thirds of the chamber, or 290 members, in order to pass.

Mr. Perlmutter, its main sponsor, plans to make changes ahead of the upcoming vote to broaden the bill’s appeal among Republicans, Marijuana Moment reported.

No vote has been scheduled for the Senate bill.