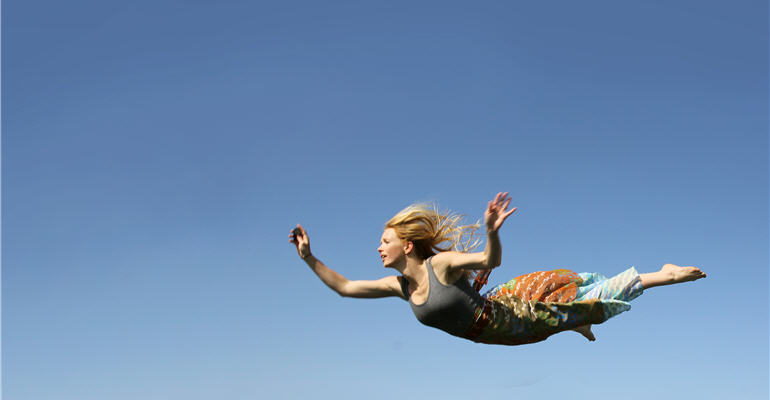 The hottest player in this space right now is recent IPO, Champignon Brands (CAN:SHRM / US:SHRMF). Since launching at the end of February, SHRM has taken off from a CAD$0.22 close on March 2nd to currently trading at CAD$1.71. 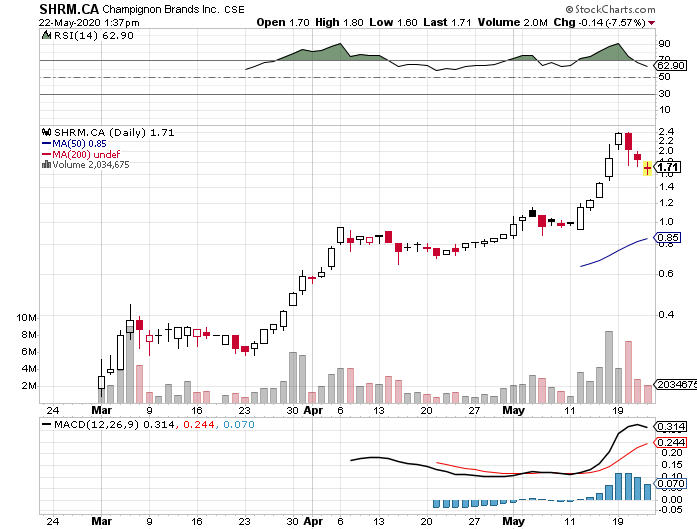 Mindmed Inc (CAN:MMED / US:MMEDF), whose backers include former Canopy Growth CEO Bruce Linton, had been trending downward going back to 2017. But at the beginning of March 2020, Mindmed suddenly spiked.

It went from CAD$0.085 to CAD$0.77 virtually overnight. Mindmed is presently trading at CAD$0.54, meaning that anyone who bought in near the 2020 lows is doing very well.

More recently, as reported earlier this week at The Seed Investor, new RTO Numinus Wellness Inc (CAD:NUMI) spiked as high as CAD$1.55 on its first day of trading, up as much as 500% from its initial price. It’s currently trading at CAD$0.84.
see Numinus Takes Off On Initial Day Of Trading

Smaller company Revive Therapeutics (CAN:RVV / US:RVVTF) is involved with both cannabinoid-based and psychedelics-based R&D and commercialization. Its share price was flat through 2019 and into early 2020, but it too has caught a bid.

Lots of money to be made.

Other start-ups are in the works.

But is this just another passing fad? Or is this “the next big thing” in plant-based medicine?

A growing chorus of voices is favoring the latter position, as laid out in this February 12th article from Healthline.

…Unlike marijuana, which has seen a dramatic shift both in terms of support of legalization and recognized
therapeutic uses, or MDMA, which has grabbed headlines in recent years for its potential to treat PTSD (some researchers believe the drug could see Food and Drug Administration approval as soon as 2021), psilocybin lacks the same degree of cultural cachet.

And one could be forgiven for thinking of “shrooms” as nothing more than a remnant of the excess of the psychedelic 1960s.

But make no mistake: Psilocybin has a number of potential medical benefits.

The article goes on to note addiction therapy, headaches, palliative care, depression, and obsessive-compulsive disorder as just some of the areas where psilocybin-based research is rapidly advancing.

Meanwhile, in more ‘cannabis déjà vu’, we’re seeing governments now starting to move in the direction of the legalization of these substances. U.S. states including California, Colorado, Oregon, and Vermont (as well as Washington, D.C.) are currently working toward at decriminalization.

Attitudes in such states can be summed up by a quote from Vermont Rep. Brian Cina, who introduced Vermont’s psychedelics decriminalization bill.

“Whether plant medicines are used for treating pain or whether they’re used for seeking pleasure, that is a health care choice, and it’s a waste of society’s resources to criminalize healing practices that go back to the very roots of our humanity.”

Such thinking is light years away from War on Drugs-era attitudes, particularly in the United States. Now the pendulum of public opinion (and government regulation) is swinging back.

Canada is lagging behind the U.S. (at the moment) in official decriminalization of psilocybin. But “psilocybin dispensaries” are already a reality. And psychedelics-based research is now gaining momentum in Canada.

And rising share prices for some of the early pioneers in the psychedelics space.

There seems to be genuine reasons for enthusiasm here for investors with the risk-tolerance to embrace what is still a highly speculative sector.