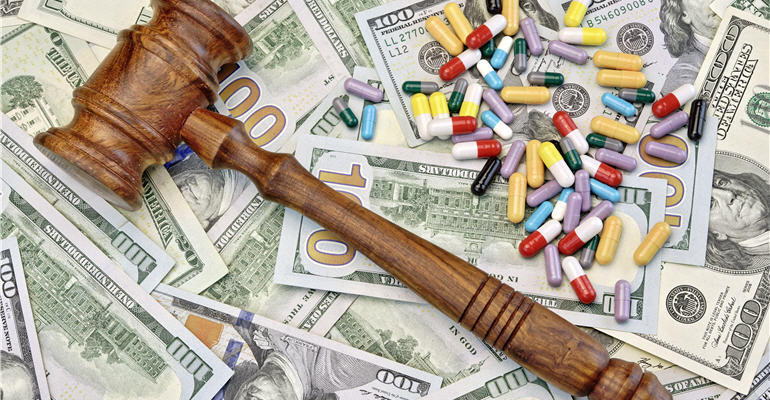 N/A by N/A is licensed under N/A
As new investors flood into the psychedelics space, there is a major learning curve involved here. Investors need to learn about the psychedelic drugs themselves: their efficacy, their safety for human use, and their current regulatory status.

What are the medicinal applications for a particular psychedelic?

How safe is the psychedelic drug for human use?

What is the current legal status of the psychedelic drug with respect to decriminalization/legalization?

Before investors begin stock-picking among psychedelics companies they need to do some homework and learn the underlying science behind psychedelic drugs. Even once investors gain a basic understanding of the medicinal potential of some of these psychedelic drugs, they are still not ready to start picking stocks.

Psychedelic drug research – alone – doesn’t put any dollars into corporate coffers (or shareholder’s pockets). For these psychedelic drug development companies to become a financial success, they must translate their research into commercially marketable drugs.

Before this can happen, the (potential) new drug must go through the rigorous and formal drug approval process. That means clinical trials.

A clinical trial is a drug study that involves direct human testing of the particular drug.

First the parameters of the study must be carefully defined for regulators. Then a test population is selected (after careful screening).

Only after a drug has been tested on animals (and demonstrated to be reasonably safe) can a drug company move on to clinical trials and human testing.

Some substances that are known to have very benign safety/tolerance profiles or have already been previously used by humans (in other medical contexts) can omit preclinical testing.

Only after a potential drug has successfully completed this clinical trial process is it eligible for licensing and commercialization.

Before a drug company can test the efficacy of a new drug (on human beings) it must determine that it falls within acceptable safety and tolerance parameters.

Drugs must be reasonably safe, i.e. the “cure” should not be worse than the disease. Toxicity issues must be comparable to (or less than) other drugs already on the market.

Similarly, drugs must be reasonably well tolerated. Side effects (even if not dangerous) cannot be so unpleasant as to deter usage.

In rare cases, with drugs that are already deemed to be safe drug companies can obtain permission to omit a Phase 1 trial and move directly to Phase 2.

Often Phase 1 of clinical testing is broken down into two trials, a Phase 1a and Phase 1b trial. Generally, the difference between the “a” and “b” trial is a matter of scope. Increasing the size of test population and/or increasing the range of dosages.

In the case of psychedelic drugs, considerable testing has been done on both LSD and psilocybin that establishes these drugs are quite safe for human use.

However, what has yet to be determined (as these drugs enter various clinical trials) is how well such drug therapies can be tolerated by test subjects. This is particularly an issue with psychedelic drug application that require larger “experiential” dosages.

Once a new drug has passed through a Phase 1 clinical trial drug companies will seek to obtain regulatory approval to commence a Phase 2 clinical trial.

Phase 2 is the initial testing of the efficacy of a drug, often referred to as the “proof of concept” stage of testing. Successfully completing Phase 2 means that the drug has met its original treatment goal: either curing the medical problem at issue or alleviating one or more serious symptoms.

Once again, a test population must be screened for suitability. Screening at this stage is generally much more rigorous as drug companies search for the best test candidates.

Specifically, researchers need to find test subjects who don’t have other serious health issues that could either complicate the testing process or obscure drug efficacy.

Sometimes complications surface during testing, meaning that some test patients are removed from the study.

Phase 2 testing is also often divided into an “a” and “b” phase. Preliminary success in Phase 2a will lead to a more robust assessment of efficacy in Phase 2b.

Successful completion of a Phase 2 clinical trial means that a potential new drug has been deemed both (acceptably) safe and (at least) reasonably effective. But a drug is still not eligible for licensing at this stage.

With completion of Phase 2, a drug company has established proof of concept for the drug being tested. But before the drug will be approved (and brought to market), a Phase 3 trial for efficacy on a much larger population must be completed.

Phase 2 establishes that the drug is safe enough and effective enough to justify further testing. The Phase 3 trial goes further. It demonstrates (via a much larger test population) that a drug is ready to be stocked on pharmacy shelves and broadly prescribed by physicians.

Successful completion of Phase 3 means that the drug is now eligible for licensing by the FDA (in the United States) or other regulatory body. Depending on the size of the treatment market, this represents a potential revenue stream in the millions or billions of dollars.

But it’s certainly not easy to get to this stage.

Barring some sort of regulatory fast-tracking, it typically takes from 5 to 10 years to go from an original drug discovery to commercialization of a licensed and approved drug. Even more daunting are the costs.

The pharmaceutical industry claims that it now costs roughly $2.5 billion to bring a new drug to market. But Big Pharma has a major incentive to exaggerate those costs: to justify sky-high drug prices.

In fact, a recently released study showed that biopharmaceutical companies actually spent (on average) just under $1 billion to develop new drugs between 2009 and 2018.

See New estimate puts cost to develop a new drug at $1B, adding to long-running debate

Even that figure may be inflated since it includes the drugs developed by multinational pharmaceutical companies – with deep pockets and bloated staffing levels.

What can be said is that unless a drug company is able to expedite the clinical trials process substantially that drug development is still a nine-figure financial commitment.
A major investment in time. A major investment of capital. No guarantee of success.

The clinical trials process is very long. It is very expensive.

Investors familiar with the cannabis industry know that billions of dollars of “medicinal cannabis” is sold every year as a treatment for thousands of different medical issues. Only one cannabinoid-based drug has been formally approved and commercialized to date: GW Pharma’s Epidiolex, a CBD derivative for the treatment of epilepsy.

So why are drug development companies eager to go through the long/expensive clinical trials process?

It’s all about drug patents.

A drug patent provides the patent-holder with the exclusive right to sell and distribute that drug. In the United States, drug patents last for 20 years from the date of filing the patent application.

In a world with sky-high pharmaceutical prices, even a single drug can provide a multi-billion dollar revenue stream.

Patents are great for drug companies – while they last.

Upon expiry of the patent, that drug market is then flooded with generic and knock-off versions of the drug. This flood of competition can eat up as much as 80 – 90% of the drug revenues for the original patent-holder.

Over the past decade, the pharmaceutical industry has seen the expiry of numerous, lucrative drug patents. This spike in patent expiries is known as “the Patent Cliff”.

From 2011 through 2013, drug companies lost patents on drugs with total annual sales of $117 billion. Competitors ate up roughly three-quarters of those sales ($86 billion in revenues).

Then in 2015 alone, drug companies lost patent protection on drugs with total annual revenues of $65 billion.

These are huge holes to fill in the drug pipelines of multinational pharmaceutical companies. These are major revenues streams to attempt to replace. It’s no wonder this is characterized as a “cliff”.

This accounts for why so many junior pharma companies are engaging in this Darwinian contest to develop new drugs: the potential pot of gold at the end of the rainbow.

With Big Pharma needing so many new drugs, with drug development costs so high, and with viable concepts for new drugs in short supply; increasingly multinational drug companies are simply writing big checks to replenish their drug pipelines.

Billion-dollar drug acquisition deals are commonplace in the pharmaceutical industry, such as this 2018 deal.

Normally, larger pharmaceutical companies buy the entire company of the drug developer. That way they obtain not only the drug (or drugs) that they are specifically targeting, they also inherit the entire drug pipeline of that company.

Because of the intensity of competition for new drugs and the enormous potential payoff with a drug success, large drug companies sometimes don’t want to wait for a drug to get all the way through a Phase 3 clinical trial.

Big Pharma will sometimes make an acquisition after – or even during – the Phase 2 trial, as soon as the drug multinational thinks it sees the next new winner. Here it is Big Pharma that takes on risk.

Not all drugs that successfully complete Phase 2 will be able to succeed in Phase 3. Pulling the trigger too soon on a drug acquisition can be a very costly mistake.

NORTH CHICAGO, IL — Drugmaker AbbVie announced a $4 billion write-off last week following news of the failure of a late-stage trial of a lung cancer drug acquired by the firm two years ago.

Biopharma investing, whether in psychedelic drugs or some other sub-sector, is a high-risk/high-reward proposition. But this also explains the enormous buzz around medical applications of psychedelic drugs.