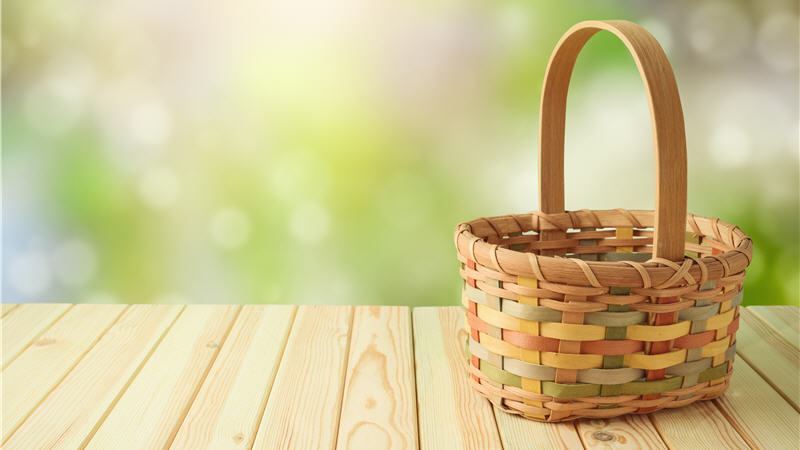 N/A by N/A is licensed under N/A
The psychedelic drug industry is an emerging sector that is still at a very early stage of evolution in virtually every respect.

For investors getting in early, the advantage is the opportunity to maximize returns as this industry matures. Conversely, at such an early stage it is particularly difficult to separate the market leaders from the also-rans.

Because of this higher risk, seasoned investors will generally choose to acquire a basket of stocks in the sector – diversifying in order to hedge risk.

The strategy is straightforward and uncontroversial. It’s the same strategy behind the concept of mutual funds.

The question, in the case of psychedelics stocks, is how to execute on this strategy?

One complication is that (at this stage) there are few pure players in psychedelics among publicly listed companies. Many have previous roots – and current operations – in the cannabis industry.

However, this is an issue with every emerging industry. Putting this aside, there are some basic realities in assembling a basket of psychedelics stocks.

One reality is that, as with the cannabis sector, almost all emerging psychedelics companies have their primary listing in Canada. In choosing among these Canadian-listed companies, here are a few parameters for guidance.

Choose one of the industry leaders

In an industry comprised entirely of small-cap and micro-cap stocks, it may sound somewhat pretentious to talk about “industry leaders”.

The reality, however, is that at the present time two public companies have put some distance between themselves and peers in terms of market cap.

SHRM isn’t yet participating in any psychedelics clinical trials. But it is positioning itself to collaborate on several studies. Champignon has attracted some notable names in psychedelic-based medicine, including Vancouver-based Dr. Gabor Mate. Market cap: CAD$158 million.

Investors can choose to bypass both SHRM and MMED. But that means a basket composed exclusively of micro-caps.

The next tier of psychedelics companies

The next rung of psychedelics companies (by market cap) offer a significantly larger number of candidates from which to choose. Market caps range from roughly CAD$15 to CAD$50 million.

Among the companies to choose from:

Mota Ventures (CAN:MOTA / US:PEMTF) is one of the “psychedelics” companies that is transitioning its cannabis operations to also include psychedelic drug R&D. Current market cap: CAD$51 million.

Revive Therapeutics (CAN:RVV / US:RVVTF) also has its roots in cannabis. Indeed, its biggest news of the year was an application to conduct a Phase 3 clinical study for a cannabis medication. But the company is also active in the psychedelics space. Current market cap: CAD$48 million.

Numinus Inc. (CAN:NUMI / US:LKYSF), a Vancouver-based psychedelics company stormed out of the starting block when it commenced trading in May. It’s the first Canadian-based company to be licensed to produce and extract psilocybin. But the stock has pulled back significantly from its initial day of trading. Current market cap: CAD$25 million.

For investors looking for maximum leverage and willing to take on the highest level of risk, there are even smaller entries into the psychedelics space from which investors can choose.

A few of these psychedelics micro-caps include:

PharmaDrug Inc (CAN:BUZZ / US:LMLFF) was also originally based in the cannabis sector but has added psychedelics operations. The company recently announced a restructuring of its debt. Current market cap: CAD$3.3 million.

While investors may be attracted to some of the companies above, a lot of the most advanced psychedelics R&D today is being sponsored by private companies.  Investors wanting to hold a basket of psychedelic stocks will want to save space in their portfolio (and cash) for some of these industry leaders.

A few of the more high-profile private players include:

This will help to expedite its clinical trials as it moves into its Phase II clinical trial. Compass has already been rumored to be seeking a public listing and may be the first big-name private player to go public.

ATAI Life Sciences is a psychedelics holding company, leveraging its own expertise in psychedelics-based R&D to help advance the operations of its research partners. The company currently has 7 active drug development partners, at various stages along the drug R&D curve.

Eleusis Ltd. is another private player currently engaged in high-profile, psychedelics-based research. The company is about to enter a Phase II clinical trial using microdoses of LSD as a treatment for Alzheimer’s disease.

If (when?) these private players choose to go public, they will likely enter the market as larger players than any of the current publicly-listed psychedelics companies. Indeed, Compass Pathways could very well become the first psychedelics unicorn.

See Will Compass Pathways Be The Next Unicorn?

Psychedelics investors will want to reserve some of their capital for some of these companies or perhaps other private players lining up to go public.

More companies (public and private) are entering the psychedelics industry on nearly a weekly basis. But for new investors to this space, the companies above will provide a good starting point for their due diligence.