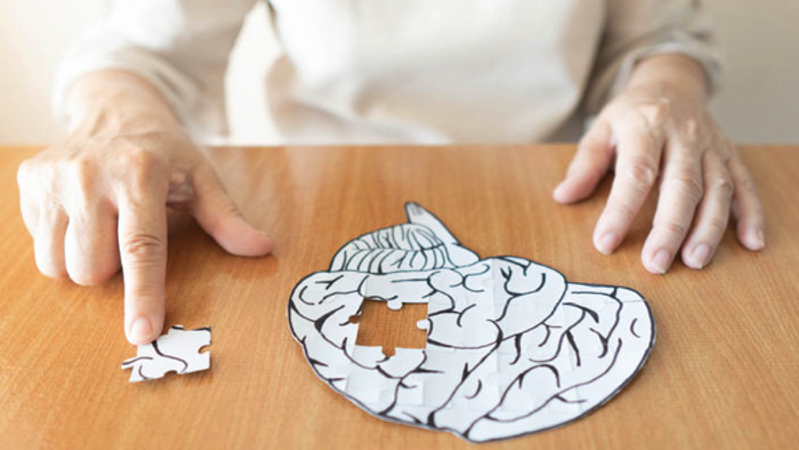 Alzheimers_cover by N/A is licensed under Adobe Stock
Yet another psychedelics-based area of medical research has been generating growing media attention in recent months. Eleusis Therapeutics is researching the potential of micro-dosed LSD as a treatment for Alzheimer’s disease in its earliest stage.

Eleusis is a private company, based out of New York and London. Founded in 2013, Eleusis has focused on the potential of LSD as an Alzheimer’s treatment from its earliest days.

In a February 2020 interview published on Forbes, CEO and founder Shlomi Raz explained the company’s hypothesis.

“Most biotechnology companies try to develop a [Alzheimer’s] drug that hits a single target and nothing else. But Alzheimer's is a complex disease with multiple therapeutic targets, and as single target approaches continue to fail, there is a growing and widespread belief that a successful therapeutic approach will have to hit multiple targets simultaneously.”

“LSD in particular seemed like an attractive candidate for such a therapeutic approach, as it is capable of potent and prolonged activation of the serotonin and dopamine neurotransmission receptors implicated in Alzheimer’s disease, and specifically the serotonin 2A receptor.

… When you combine all of the effects which LSD or other psychedelics have been observed to have, in vitro, in animal models, and in patients, they check all the boxes for an attractive multi-target drug candidate with the potential to halt the progression of Alzheimer’s disease.”

… the interesting thing about LSD is that it has a very well established safety record. It has muted physiological effects, and one primary liability, which is its psychoactivity.

But the fact that you could have demonstrable engagement in the brain at dose levels that were either at the borderline of, or below perception, indicated to me that the dazzle of LSD in psychiatry obscured its potential use to modify the course of Alzheimer's disease.  [emphasis mine]

A psychedelics medical application based on micro-dosing has several advantages over much of the parallel psychedelics research underway, centered on larger dosages at the hallucinogenic level.

The vast majority of psychedelics R&D currently underway is based upon larger dosages. Patients require trained therapists to take them on “guided” (hallucinogenic) therapy sessions to produce the desired medical benefit.

These treatments average between $600 and $1,000 per session. Absent full insurance coverage or government subsidies, such therapies are out of reach for poorer patients.

Conversely, micro doses of LSD (that generate no psychoactive effect) can be self-administered. The cost of therapy is just the cost of the (micro) dose of LSD itself.

Along a similar line, a medicinal application based on micro-dosing is likely to gain much wider adoption by both physicians and patients. Less intense therapy. More convenient. Reduced potential for serious side effects.

For this reason, psychedelics R&D that is based upon micro-dosing can be expected to face a smoother path through the clinical trials process. At benign dosage levels, R&D can move swiftly pass the “safety and tolerance” stage of clinical trials and move sooner to test efficacy.

Indeed, on December 18, 2019, Eleusis announced the successful completion of its Phase 1 clinical trial, which determines the safety and tolerance of the drug on human test subjects.

“We are encouraged by the study results,” said Neiloufar Family, the study’s lead investigator and director of research at Eleusis, “which reveal that regular administration of low dose LSD to healthy older volunteers is well-tolerated, and that the frequency of adverse events associated with LSD is similar to placebo.”

Early pubcos in the psychedelics space like MindMed Inc (CAN:MMED / US:MMEDF) and Champignon Brands (CAN:SHRM / US: SHRMF) have already been generating some impressive returns.

But investors targeting this market can’t ignore the private players. Compass Pathways, another private company, has already obtained “breakthrough therapy” designation (and a regulatory fast-track) for its psychedelics-based treatment for depression.

see Will Compass Pathways Be The Next Unicorn?

Eleusis is pursuing LSD micro-dosing as an Alzheimer’s treatment in a global market projected to grow to $13.3 billion by 2023.

New small-cap and micro-cap entrants to the psychedelics space are already generating a lot of investor buzz and some impressive gains.

Some investors don’t have the risk tolerance for such small start-ups. Those investors may have a greater interest in the potential IPO’s of some of the more established players in this emerging industry.