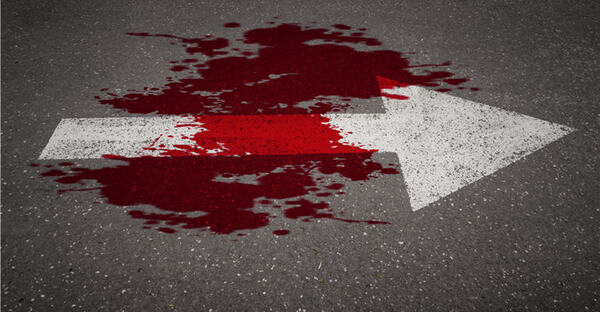 N/A by N/A is licensed under N/A
Are you a bag-holder? That’s a question that cannabis investors are increasingly asking themselves when they look in the mirror each morning.

It’s a question with two, distinct answers. One answer starts by looking at the charts.

Despite being an emerging sector with virtually unlimited commercial potential, cannabis stocks have given back all of their gains going back more than two years. 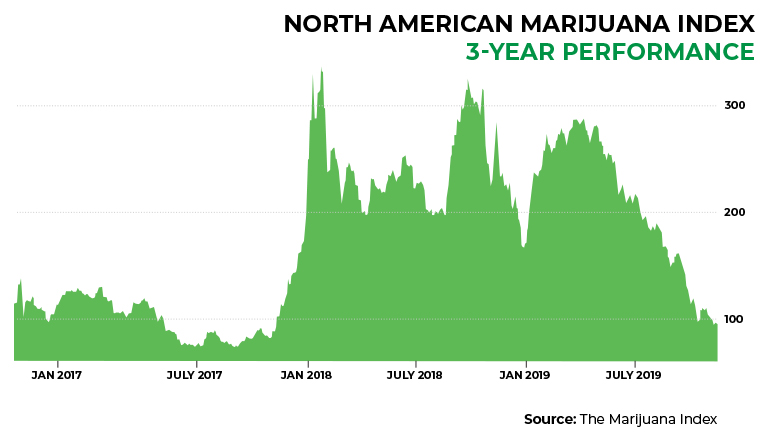 Even some well-run companies with strong management teams have seen losses in the range of 80 – 90%. More on this in Part 2.

Like the sharks that they are, short-traders have smelled the blood in the water. They have been egged on by the relentlessly negative coverage of the cannabis sector by the mainstream media.

Despite the insane price level at which the sector currently sits, the excessively large short positions in cannabis stocks are getting larger.

… short positions in seven of the better-known Canadian names have spiked higher, according to data provided by S3.

Apparently, the cannabis short traders of 2019 are oblivious to a popular market axiom.

For the moment, however, the “pigs” are still cashing in. Indeed, a glance at the chart for the Horizons Medical Marijuana ETF shows about the most bearish technical signals imaginable. 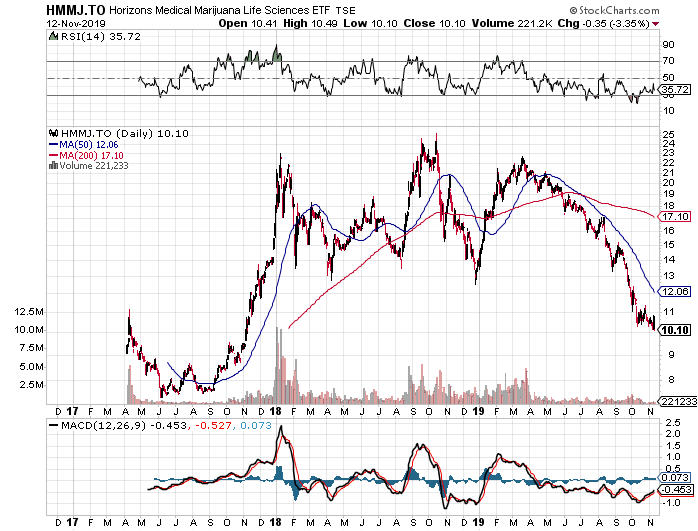 But what do these “technicals” really mean? In 2019? Absolutely nothing.

The entire pseudo-science of technical analysis is built atop a (very) long chain of assumptions and one Golden Rule: that market sentiment generates prices.

“Sentiment” is generated from humans trading with other humans. Such trading is now steamrolled by (so-called) “HFT trading”. And computer programs have no sentiment.
These computer programs are also inherently manipulative.

Fast money: the battle against the high frequency traders

"It's Not A Market, It's An HFT 'Crop Circle' Crime Scene" - Further Evidence Of Quote Stuffing Manipulation By HFT

The capacity of automated trading algorithms to manipulate stock prices is only limited by the imagination of the person writing the algorithm. And unlike (brute-force) quote-stuffing, the nefarious programming written inside these price-fixing algorithms is virtually invisible.

“Technical analysis” has been rendered obsolete. Sentiment does not generate stock prices. Computer algorithms do.

But don’t try to tell this to the See No Evil/Hear No Evil/Speak No Evil Monkeys who regulate our markets.

And don’t try to tell this to the myopic mental midgets of the mainstream media.

They live in their own quaint little fantasy-world where “sentiment” generates market prices. Santa Claus supplies everyone with their Christmas presents. And the Easter Bunny carries around a basket of brightly-colored Easter eggs.

You don’t need to tell this to the bankers. They’re the ones who bankrolled the hijacking of our markets with “HFT trading”.

Computer algorithm trading allowed Goldman Sachs to boast about winning on its trades on 244 out of 263 trading days in one trading year. That’s a success percentage of over 92%. Yet historically, “successful traders” have only won on 55 – 60% of their trades.

Nothing suspicious there…at least not to the suit-stuffers who regulate our markets and the clowns that report on them.

This discussion may be unsettling to the cannabis shorts. They had been led to believe (by the grossly slanted reporting of the mainstream media) that the collapse in cannabis stocks was due to “weak fundamentals”.

U.S. fundamentals are murkier, due to regulatory headwinds and uncertainty. But U.S. cannabis stocks were already substantially discounted relative to Canadian cannabis stocks.

The S&P 500 just hit another record high this week, despite all the political and economic uncertainty in the U.S. Everything in the broader markets has been going up – except emerging cannabis stocks.

Cannabis stocks have been going down throughout 2019 for only one reason: because the bankers’ trading algorithms are pushing them down.

And as soon as the ‘tune’ changes in these algorithms, cannabis stock valuations can rise much, much faster than they have been pushed down.

The natural direction of stocks in an emerging, high-growth sector like cannabis is up. In the big rally at the end of 2017, the entire sector tripled in value in roughly 10 weeks. Just look at the chart above.

There is “blood in the streets” with respect to the legal cannabis industry. Today, it is the blood of cannabis longs. Tomorrow, it’s the shorts that will be hemorrhaging losses.

In Part 2, we’ll show investors how to capitalize on this cannabis carnage. We’ll show you some of the extremely strong cannabis companies currently trading at pennies on the dollar.

Are you a cannabis bag-holder? No. The best way to “lose money” on cannabis stocks today is to sell.