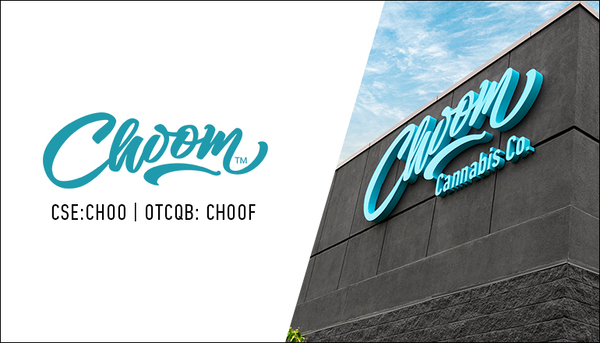 N/A by N/A is licensed under N/A
Canada’s cannabis sector is heating up. Retail sales are rising strongly. Phase 2 of Canada’s cannabis legalization is officially here and new products are expected to hit store shelves in December.

Canada’s cannabis retail leaders have been stepping up their own activities. More store openings. More acquisitions.

With one of these cannabis retail leaders, Choom Holdings (CAN:CHOO / US:CHOOF), it also means adding retail clout to its management team. On October 25, 2019; Choom announced that Corey Gillon has been appointed as the company’s new CEO.

Investors following Choom will already be familiar with this name, as will investors with broader knowledge of consumer retail. Gillon is a retail sector veteran as well as a graduate of the Harvard Business School.

He rose to prominence in consumer retail during his 15 years with Walmart, where he directed Walmart’s Western Canada operations, covering 100 retail stores. Gillon left Walmart to assume the role of Senior Vice President, Retail Division with dynamic clothing brand, Aritzia.

Gillon originally joined Choom in July 2019, coming aboard as President, with Chris Bogart continuing in his role as CEO. Now Gillon and Bogart are swapping positions. Gillon becomes the CEO, with Bogart stepping into the role of President.

For investors, the move helps to solidify Choom’s position as one of Canada’s leading cannabis retail companies.

This follows closely on the heels of Choom’s new development permit to gain entry into the key Vancouver cannabis market, as well as several more store-openings in Alberta.

Cannabis stock valuations are down. But the Canadian cannabis sector itself is surging strongly. Sustained monthly double-digit gains in sales. Growing momentum in licensing and opening new cannabis stores.

Phase 2 adds a wide array of new cannabis products and is also expected to generate 3 million new cannabis consumers, increasing the consumer base by roughly 50%.

For all of these reasons, Canadian cannabis retail is looking especially attractive. With Choom’s latest management appointment, investors have one more reason to “Say hello to Choom™”.