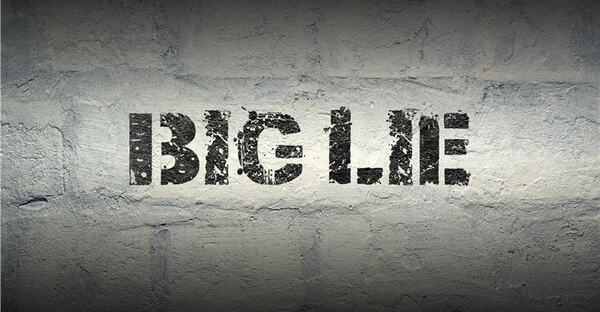 Big lie by N/A is licensed under Adobe Stock
In both the United States and Canada, cannabis stocks have taken a terrible pounding in 2019.

In both the United States and Canada, legal cannabis revenues (and profits) have failed to meet expectations.

And in both the United States and Canada, it is the dithering, stalling, and anti-cannabis lies of the politicians that have been the single greatest factor in limiting growth in the legal cannabis industry.

Of all the anti-cannabis fictions being mouthed by these politicians, one simple lie is most responsible for under-cutting the legal cannabis industry – especially in the U.S.

A recent article from Illinois, the latest state to legalize recreational cannabis, illustrates this lie perfectly. And the mindless drones in the mainstream media continue to echo this lie.
Illinois Weed Legalization Guide: Will your city or town sell marijuana?

This is a title with absolutely no foundation in the real world. The text of the article echoes this fantasy-world being presented by Illinois politicians, courtesy of ABC ‘News’.

Illinois legalized recreational marijuana beginning January 1, 2020. Adults aged 21 and over will be able to buy up to 30 grams, or about 1 ounce, of marijuana flower, edibles totaling no more than 500mg of THC, and 5 grams of cannabis concentrate products. Non-residents will be able to purchase half those amounts.

But the state left it up to individual cities, towns and municipalities to decide if they will allow recreational marijuana sales. Will you be able to buy marijuana in your town?

Astute readers will have already spotted the glaring fiction here.

But the state left it up to individual cities, towns and municipalities to decide if they will allow recreational marijuana sales. Will you be able to buy marijuana in your town?

Back in the real world, “marijuana” is already being sold in every city and town across the United States – by the cannabis black market.

In the real world, no U.S. city, town or municipality can “decide” if they will “allow” recreational cannabis sales. Four decades of utter failure, futility, and stupidity with the War on Drugs has already proven this. The politicians are pretending to make a decision that doesn’t exist.

In the real world, the issue facing U.S. cities, towns, and municipalities is quite different – but just as simple.

It is the “thinking” (for lack of a better word) in (b) that has brought Americans the “vaping crisis”. Roughly 50 deaths and over 2,000 serious illnesses – from tainted black market cannabis products -- because U.S. politicians have refused to legalize and regulate cannabis products at the national, state, and local levels. The cannabis-related lies and self-delusions of U.S. political leaders are literally killing Americans.

In the real world, the issue could not possibly be simpler and more clear-cut.

There is no legitimate reason (of any kind) why any local government would ever choose to support the cannabis black market rather than the legal cannabis industry. Cannabis legalization has produced only positive benefits for U.S. cities.

Then we have the numbers.

In Illinois, 30 local governments have already indicated they will allow legal recreational cannabis sales, 22 are banning legal sales, and 4 are still officially undecided.

Roughly 40% of local governments are banning (legal) recreational cannabis sales without any justification of any kind. Yet this makes Illinois one of the more enlightened U.S. states.

In nearby Michigan, where legal sales of recreational cannabis commenced on December 1st, 80% of local governments (including Detroit) are banning legal sales. An 80% futility rate. 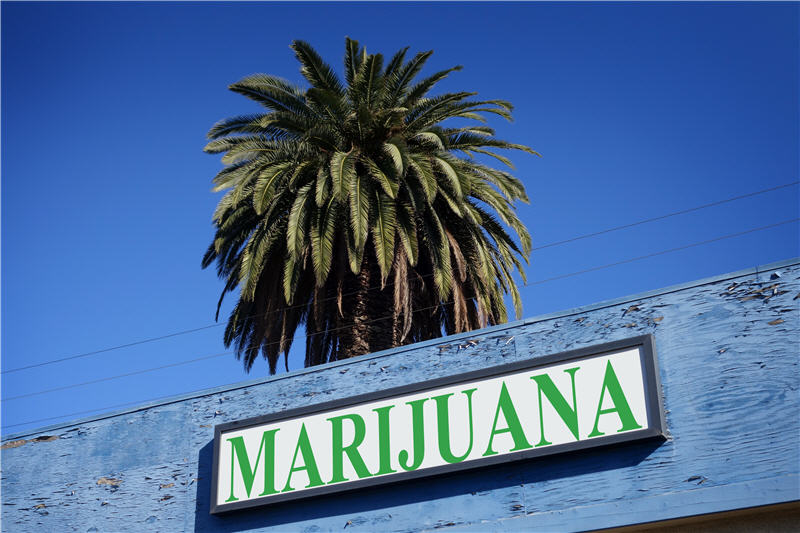 Are we to believe that none of these local politicians who are blocking legal sales have ever heard of the “cannabis black market”, despite all of the decades that they assisted the federal government in enforcing the War on Drugs?

If we don’t believe this, then there is only one other possible conclusion. These politicians are all lying.

They are saying (publicly) that they are “banning cannabis sales” and they are attaching additional lies in support of their decision, citing some of the imaginary “dangers” of cannabis.

For U.S. cannabis investors who live in one of these anti-cannabis fantasy zones, things are also simple. There is only one question they need to ask to their local elected representatives.

Why are you lying about cannabis legalization?