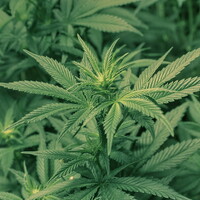 lemon kush day 40 by Mark is licensed under CC BY 2.0
The Rhode Island Senate on Tuesday approved a bill to legalize marijuana.

The legislation, which cleared the chamber’s Judiciary Committee last week, passed in a 29-9 vote.

Senate Majority Leader Michael McCaffrey (D) and Health & Human Services Chairman Joshua Miller (D) are the lead sponsors of the measure, which they introduced in March, days before Gov. Dan McKee (D) came out with his own legalization proposal.

“It is a historic day, as it is the first time a bill to legalize and regulate cannabis has reached the floor of either legislative chamber in Rhode Island,” Miller said before the vote.
Read More