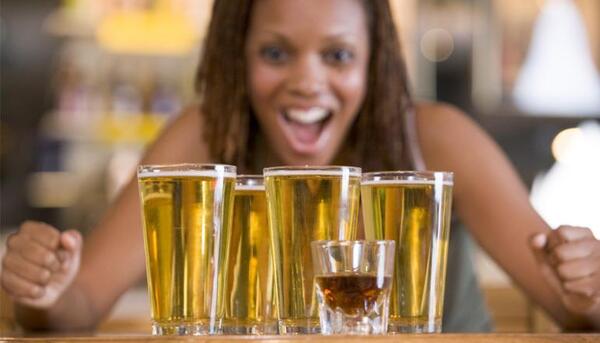 binge drinking (cover) by N/A is licensed under Adobe Stock
Anti-cannabis zealots who continue to obstruct cannabis legalization in the United States are running out of excuses.

For many years, they told us that cannabis was “a dangerous drug”. In the U.S., it was legally equated with heroin – and remains so today as a Schedule 1 narcotic.

But that anti-cannabis lie is fooling fewer and fewer people. We now know that the active ingredients in the cannabis plant (cannabinoids) are good for us. Cannabinoids are produced naturally in the human body and are essential to human health.

More recently, the anti-cannabis zealots have engaged in different fearmongering. Legalizing cannabis, they claim, would somehow endanger the health of young people by making cannabis easier to obtain.

Again, there is no rationality here. First, as previously noted, cannabis is benign. Secondly, the zealots have no facts to support their hysteria.

In U.S. states that have fully legalized cannabis, teenage usage of cannabis has actually declined. Legalizing cannabis (gradually) squeezes out the cannabis black market. And that’s where underage consumers obtain their pot.

Now new U.S. research is showing a health benefit for young adults from cannabis legalization. In cannabis-legal states, there is a significant reduction in “binge drinking” among college students 21 and older – the age at which alcohol consumption becomes legal.

Researchers point to an obvious conclusion.

“Once you turn 21 in states without marijuana legalization, alcohol suddenly becomes very easy to come by, relatively speaking, so people might switch to that,” says Oregon State psychology professor David Kerr.

…On the other hand, if cannabis and alcohol are more or less equally available from legal sources — as in Oregon — fewer people turn to alcohol, leading to less problem alcohol use.

Alcohol use is responsible for over 88,000 deaths in the U.S. each year. No one has ever died from a cannabis overdose.

Is it safer for young adults in the U.S. to use cannabis instead of alcohol as a recreational drug? Yes.

Is it safer for young adults in the U.S. to use cannabis instead of binge drinking? That’s a no-brainer.

Reducing excessive use of alcohol (via cannabis) will save lives. Reducing the number of alcohol-related deaths and illnesses can also produce enormous savings in healthcare spending.

Older people are the fastest-growing demographic of cannabis users. They need it for their health.

All roads lead to the national legalization of cannabis in the United States.