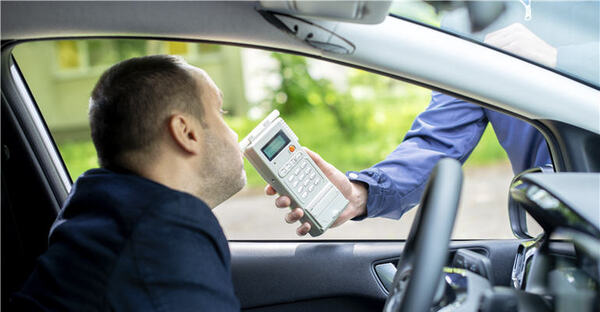 impaired driving test (cover) by N/A is licensed under Adobe Stock
Governments across North America are on a collision-course for court challenges. The cannabis “impaired driving” laws that have surfaced in most states and provinces in the United States and Canada completely lack scientific validity – and cannot possibly withstand judicial review.

The facts are simple. The science is clear. Yet jurisdiction after jurisdiction has passed anti-cannabis impaired driving laws that completely flout both facts and science.

Tetrahydrocannabinol (THS) is the mildly psychoactive cannabinoids in the cannabis plant. It is common knowledge that the “high” produced from smoking cannabis containing THC lasts only a few hours. Consuming cannabis in edible form can produce effects that last for many hours – sometimes close to a day (depending on dosage).

However, cannabinoids – including THC – are fat soluble molecules. This means that they are stored in the human body for roughly a month. Blood alcohol levels for THC can remain relatively high (i.e. above legal limits) for days or weeks after usage, long after any psychoactive effects have disappeared.

The legal issue here is crystal.

Any and every anti-cannabis impaired driving law that is based solely on blood-alcohol levels of THC has absolutely zero scientific or legal validity.

Such testing only shows whether someone has consumed cannabis at some point over the preceding several weeks. It provides zero evidence of physical impairment.

In contrast, alcohol molecules are water soluble. They are processed and passed from the body in roughly a day. This is why blood-alcohol tests due have relevance with respect to driver impairment.

Study: Having Cannabis ‘In Your System’ Doesn’t Mean It’s Unsafe to Drive

The study does no more than confirm the obvious. But it should be more than enough evidence to get a cannabis “impaired driving” charge thrown out of court – in any jurisdiction with such impaired impaired-driving laws.

One of the study’s leaders, retired University of Victoria professor Scott Macdonald, told Canada’s Global News that the findings indicate a zero-tolerance standard for THC in the bloodstream of motorists is “not scientific.”

“I consider it one of the biggest myths about cannabis, that there are 24-hour hangover effects that are measurable,” Macdonald said. “When people smoke cannabis, they’re only impaired for a short, short period of time. You could have THC in your bloodstream, but you’re not a danger.”

Cannabis Prohibition itself was a product of anti-cannabis paranoia and anti-cannabis lies – disseminated by both governments and the media.

Indeed, a Massachusetts court already stuck down (in 2017) “sobriety tests” for cannabis based on this vacuous pseudo-science. Many more court challenges lie ahead.

There was never any justification for cannabis Prohibition itself. Now we are seeing cannabis impaired-driving laws that continue to be based purely upon ignorance and anti-cannabis hysteria. All such laws are destined for the legal scrap heap.