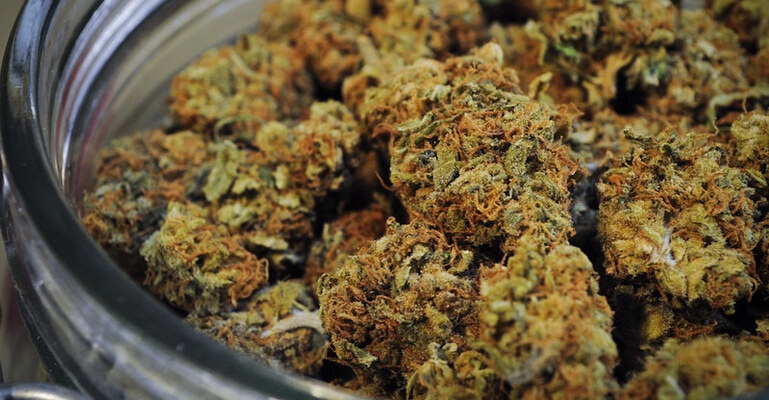 Marijuana Jar by Dank Depot is licensed under (CC BY 2.0)
Virginia lawmakers are working to reconcile conflicting House and Senate marijuana legalization bills this week, scrambling to reach deals on matters such as business licensing and criminal penalties ahead of a legislative deadline on Saturday.

Each chamber passed its own legalization bill earlier this month, building off a plan introduced in January by legislative leaders and Gov. Ralph Northam (D), who last year committed to legalizing cannabis in the commonwealth. While the two measures—each spanning more than 500 pages—are substantially similar, key differences remain on a range of hotly debated topics.

“This is one of the largest, most significant pieces of legislation debated in the commonwealth in decades, with years of preparation, study and research leading up to its proposal,” Jenn Michelle Pedini, development director for NORML and executive director of the group’s Virginia chapter, told Marijuana Moment. “Virginia is one of the single most prepared states to undertake a legalization effort.”
Read More