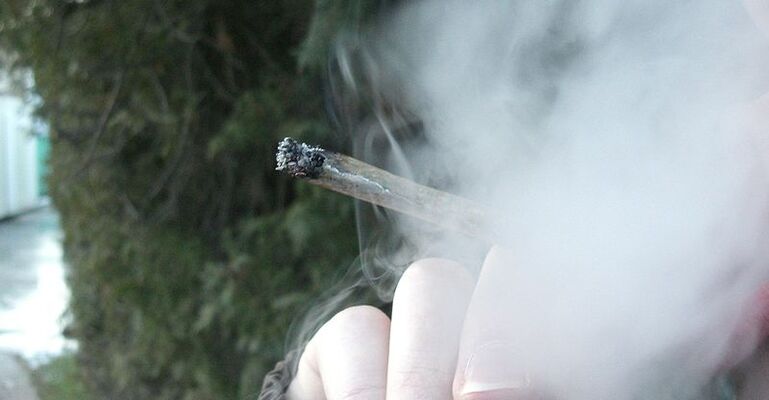 Person smoking a joint by N/A is licensed under Wikipedia
State lawmakers in Maine passed a bill last week to decriminalize possession of all drugs. The measure, LD 967, was passed by the Maine House of Representatives on Thursday with a vote of 77 to 62 and was later cleared by the state Senate, according to media reports.

Under the measure, criminal penalties would be dropped for simple possession of scheduled drugs including heroin, cocaine and prescription medications. Instead, those guilty of such offenses would be subject to a fine of $100 or be required to submit to an assessment for treatment of substance use disorder.

Maine’s voters legalized cannabis for adults 21 and older in 2016, and legal recreational sales of marijuana began in the state last year. Possession of other regulated drugs is subject to a range of criminal charges and penalties from misdemeanors for most prescription drugs and felonies for possession of heroin and cocaine.
Read More