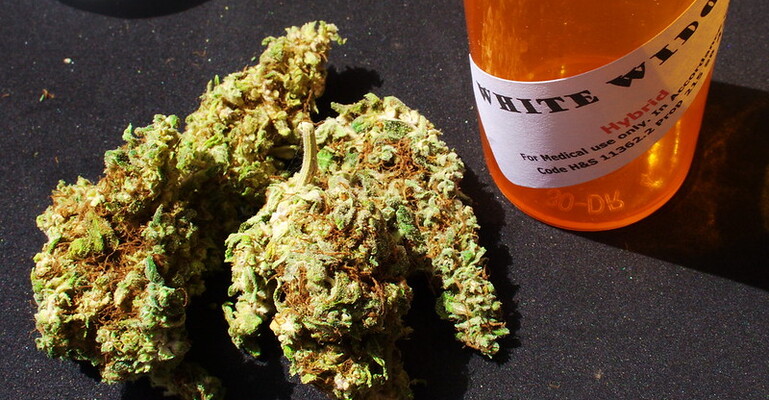 white widow by Mark is licensed under CC BY 2.0
The governor of Kansas on Monday unveiled a plan to legalize medical marijuana and use the resulting tax revenue to fund Medicaid expansion. This comes as lawmakers in the state have already introduced two separate cannabis proposals in recent days.

Gov. Laura Kelly (D) held a press conference to announce her legislation, arguing that Kansans are ready for marijuana reform, which she said would provide patients with a critical alternative treatment option and would give the state the resources to expand healthcare with even more money left over.

“The bill establishes the regulatory framework for the cultivation, testing, distribution, prescription and purchase of medical marijuana,” she said. “The introduction of this bill in itself is a win for Kansans, who will benefit from medical marijuana—something that, once again, our neighbors in Oklahoma and Missouri have already recognized and addressed.”
Read More