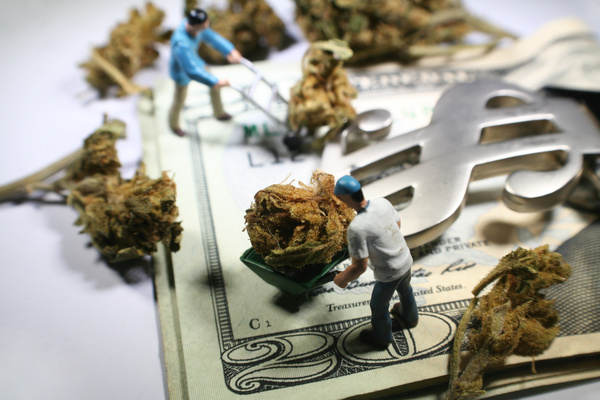 N/A by N/A is licensed under N/A
From Merry Jane:

Although the federal government considers marijuana a dangerous drug with no accepted medical use, it has no problem collecting taxes on state-legal weed.

The US government collected $4.7 billion from state-legal weed businesses in 2017, according to a report from Quartz.

To put that $4.7 billion figure into perspective, the highest-valued NBA team of all time, the New York Knicks, is worth slightly less, at $4 billion.

Also hitting the $4 billion mark: the prom industry, digital ink,omega-3 supplements, and the package coating industries are all worth about $4 billion each. The entirety of Canada’s legal weedmarket is also valued at about $4 billion.

Federal law currently classifies marijuana as a Schedule I drug, a category for deadly substances with no accepted medical use. But that doesn’t exempt marijuana businesses from reporting taxable income to Uncle Sam, regardless of whether the business is state-licensed or underground.