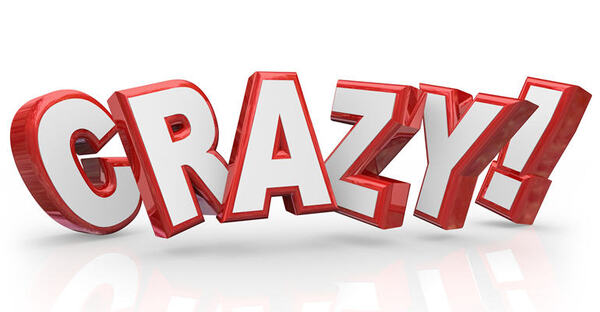 N/A by N/A is licensed under N/A
The state of California has literally done everything wrong since voters demanded (by ballot) that the State legalize recreational cannabis in 2016.

Previously, The Seed Investor has relied upon lesser adjectives like “stupid” and “incompetent” to characterize California’s regulatory framework for cannabis. Now the state government has graduated to full-fledged insanity.

The definition of insanity (attributed to Albert Einstein) goes as follows:

Insanity is doing the same thing over and over again and expecting different results.

California has already been killing its legal cannabis industry with ultra-high taxes. So what did the government just do? 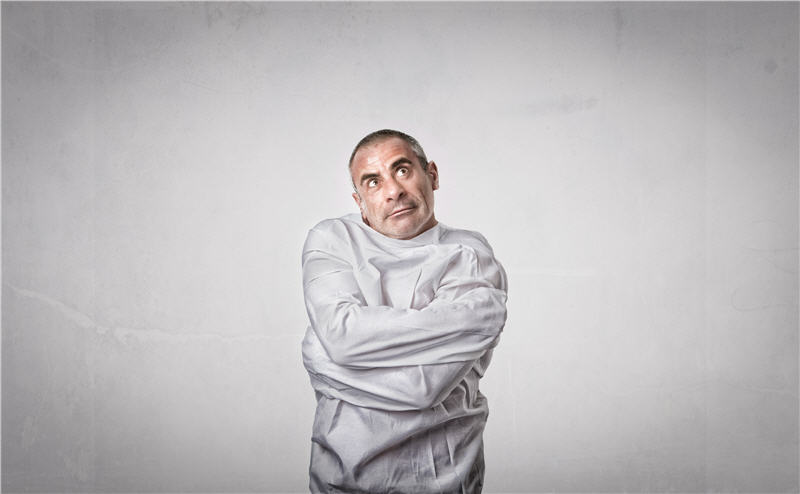 Indeed, after the latest state tax-hike, California’s legal cannabis industry could easily end 2020 even smaller than it was in 2017. Just look at the numbers.

Incredibly, California’s legal cannabis industry shrank in the first year of full legalization, with revenues plunging by more than 15%.

The government took a full year to establish its legislative framework for recreational cannabis in California. So there can be no excuse that state politicians didn’t give themselves enough time to get this right.

What did the Idiots in Sacramento do? Because the medicinal cannabis industry was functioning so well, they changed everything.

California completely overhauled its regulatory framework as cannabis was fully legalized. Out was the old, functional system that was relatively industry-friendly. “In” was a new system: a labyrinth of red tape, outrageous taxes, and punitive fees.

It was so onerous and complicated that the State offered a one-year grandfather clause for existing companies to make the transition to the new framework less catastrophic. It didn’t help.

How could any government sabotage its legal cannabis industry that badly? It wasn’t easy.

It took more than just onerous over-regulation, crippling taxes, and exorbitant fees. There was an additional, critical act of stupidity here.

When California’s state assembly legalized cannabis to (supposedly) honor the will of voters, the politicians took the cowardly way out. Instead of mandating legalization state-wide, local governments were given the decision to opt-in or opt-out of legalization.

Essentially, state politicians passed the buck. Local governments were forced to decide whether or not to provide their residents with access to legalized recreational cannabis.

The result of this state buck-passing?

Over 80% of California’s counties initially opted out. Even today, more than 60% of California counties still have full cannabis Prohibition. And roughly 75% of local governments still ban retail cannabis sales.

Of note, a non-insane minority of California’s state assembly recently tried to pass a law that would require more counties to open up their jurisdictions to legal cannabis. However:

Facing strong opposition from California cities, a state lawmaker on Thursday shelved a bill that would have required municipalities to lift bans on cannabis stores if their voters supported Proposition 64, which legalized the state’s pot market.

Doing what’s easy rather than doing what’s right. That’s the California way when it comes to cannabis.

It’s a great system…for the cannabis black market. And it’s about to get better.

With taxes on legal cannabis already as high as 45%, the State is raising cannabis taxes – again.

The cannabis industry's concerns hit a fever pitch late last week when the California Department of Tax and Fee Administration announced an increase in cultivation taxes and a higher mark-up rate -- from 60% to 80% -- used in the calculation of excise taxes paid by retailers to distributors. What is perhaps even more outrageous about this latest knife-wound for California’s legal cannabis industry is that this is a mandatory tax increase. A cannabis blogger explains further.

Hezekiah Allen said that he and his cohorts were not surprised by the move. As the executive director of the Emerald Grown growers' cooperative, Allen is especially watchful of government actions as they affect pot farmers in particular. "Yes, we saw it coming," he said. "The increase is in the language of Prop. 64," he added, referring to the 2016 voter initiative that led to cannabis being legalized.

And indeed, the CDTFA is simply following its mandate under state law. The increase may have come as a surprise to most people, but the CDTFA is mandated to analyze tax receipts every six months and adjust how the tax is calculated. The excise tax on cannabis sales — that is, the amount added on top of any regular sales taxes — will remain 15 percent. But the state's pot laws, which were engendered by Prop. 64, require that tax amounts be based not on what consumers pay to retailers, but on what retailers pay to distributors, which means the state must determine the average markup rate of those payments and apply it across the state. Thanks to the increased use of track-and-trace software, that determination has been made easier, and — at least according to the CDTFA — more accurate. Six months ago, the agency declared there would be no change to the markup rate. Six months from now? Who knows? [emphasis mine]

Here readers need some additional context to appreciate the magnitude of State stupidity.

The ‘deck’ is already stacked in favor of the cannabis black market.

When pea-brained local politicians in California “ban” legal cannabis, they do nothing to reduce or eliminate cannabis consumption. They only reserve that local market for the cannabis black market.

The so-called green rush of investment and entrepreneurship arrived with marijuana’s legalization in 2016, as did whole new categories of jobs and potential funding sources for schools and road repairs.

Then more than three-quarters of cities and counties across the state banned dispensaries and other cannabis companies.

With this in mind, let’s review California’s cannabis tax framework. What it boils down to is this.

It’s cannabis sadism. The state government (aided by local governments) is torturing any companies attempting to succeed as a legal cannabis business in California. And if the State gets any more punitive, only hardcore masochists will remain in the legal industry.

The rest will return to the California cannabis black market – where the state and local governments continue to provide strong support.