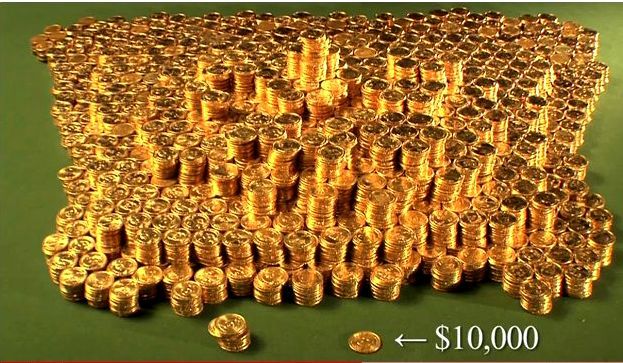 N/A by N/A is licensed under N/A
Spirit Gold Inc. (TSX VENTURE: SG)  announced that following its review of strategic acquisition opportunities, the Company has entered into a definitive amalgamation agreement, effective February 10, 2017 (the "Definitive Agreement"), with Northern Lights Marijuana Company Limited ("DOJA"). Pursuant to the terms of the Definitive Agreement, the Company will acquire all of the issued and outstanding securities of DOJA (the "Transaction").

DOJA is a privately-owned company based in Canada's picturesque Okanagan Valley, that is committed to becoming a licensed producer of marijuana under the Access to Cannabis for Medical Purposes Regulations ("ACMPR") and building a fast growing lifestyle brand that offers the highest quality handcrafted cannabis strains in Canada.

DOJA was founded in 2013 by the same team that founded and built SAXX Underwear into an internationally recognizable brand. The DOJA team plans to build upon their past success in the consumer packaged goods industry and their mutual interest in, and appreciation for, cannabis culture and grow DOJA into a market leading brand in the cannabis industry.

In October 2013, DOJA submitted an application to Health Canada for a license to cultivate and sell marijuana under the Marihuana for Medical Purposes Regulations ("MMPR"), now the ACMPR.

DOJA successfully advanced past the security clearance stage in 2014 and is currently in the Review Stage of the application process.
In March 2016, DOJA received notification from Health Canada that, upon the confirmation that DOJA's proposed site and storage security measures are in place, functional and comply with the requirements of the ACMPR and the Health Canada Security Directive, Health Canada will prepare to request a pre-license inspection (the "Pre-License Inspection").

DOJA's marijuana production growth strategy can be broken down into three phases:

Phase I: Dominion Facility: Complete the build-out of its state-of-the-art-facility, consistent with ACMPR standards, capable of producing more than 650 kilograms of marijuana annually. Scheduled for completion in February 2017.
Phase II: Facility Expansion: Expand the existing production facility by upwards of 43,000 square feet, which upon completion, would bring DOJA's total production capacity to over 5,000 kilograms of marijuana annually. Planning for this expansion is currently underway.
Phase III: Greenhouse Expansion: Plan to increase DOJA's corporate marijuana production capacity to over 25,000 kilograms per year with a greenhouse expansion. Currently conducting due diligence on large acreages for sale in the Okanagan and assessing various M&A opportunities that would support DOJA's growth objectives.

DOJA's team has the experience to ensure they successfully navigate the ACMPR licensing process and deliver on their vision for the DOJA brand.

Trent Kitsch -- Chief Executive Officer: Mr. Kitsch co-founded DOJA in 2013. Prior thereto, Mr. Kitsch founded SAXX Underwear in 2007 and successfully built SAXX into a globally recognizable brand and the fastest growing underwear brand in North America before fully exiting the business in 2015. In 2013, Mr. Kitsch and his wife Ria Kitsch founded Kitsch Wines in the Okanagan Valley. Trent is a proven entrepreneur and a graduate of the Richard Ivey School of Business with a major in entrepreneurship.

Jeff Barber -- Chief Financial Officer: Mr. Barber joined DOJA in 2016 after selling his ownership in a boutique M&A advisory firm in Calgary. Prior thereto, he was an investment banker with Raymond James Limited and previously held investment banking and equity research positions at Canaccord Genuity Corp. Jeff began his career as an economist with Deloitte LLP. Throughout his career, Mr. Barber has worked closely with various public company boards and executive teams to assist in institutional capital initiatives and advise on go-public transactions, valuations and M&A mandates. Jeff Barber is a CFA charterholder and holds a Masters degree in Finance and Economics from the University of Alberta.

Zena Prokosh -- Chief Operating Officer: Ms. Prokosh joined DOJA after spending two years with THC Biomed International Ltd., where she was an Alternate Responsible Person In Charge and played an integral role in guiding the company through the MMPR/ACMPR licensing process. Prior thereto she was the Curator and Germplasm PlantSMART Research Technician / Lab Manager at the UBC Charles Fipke Centre for Innovative Research in Kelowna. Zena was accepted to and attended the 2016 Masterclass Medicinal Cannabis® held in Leiden, Netherlands. Ms. Prokosh holds a B.Sc. in Biology from UBC.

Ria Kitsch -- Vice President: Mrs. Kitsch has been with DOJA since inception. Ria was formerly head of marketing for SAXX Underwear. Prior to that, Ms. Kitsch was employed with WaterPlay Solutions Corp., where she became a top salesperson and territory manager by quickly identifying and executing strategies to grow in regulated markets. Strong customer service skills and marketing focus make her a front-line specialist. Mrs. Kitsch earned a Business Honors degree from UBC-Okanagan.

Shawn McDougall -- Master Grower and Curer: Mr. McDougall brings over a decade of cannabis growing and curing experience to DOJA. Shawn is truly a cannabis connoisseur and he will thoughtfully curate DOJA's strain selection to represent the full spectrum of the cannabis experience. Prior to joining DOJA, Shawn was the Master Grower for a number of patients under the Marijuana Medical Access Regulations and also consulted for MMPR applicants. Shawn has continued to hone his craft over the years and developed growing techniques that allow him to consistently produce high-quality cannabis and impressive yields. Shawn is an automation specialist and ticketed HVAC technician.